Junior Year in Munich (JYM) is a study abroad program for U.S. undergraduate students sponsored by Wayne State University in Detroit, Michigan, in formal affiliation with the Ludwig Maximilian University of Munich (LMU Munich). Since the first class of 12 JYM students arrived in the fall of 1953, more than 4,300 students from 500+ colleges and universities have studied at LMU Munich with the JYM program.

The history of Wayne State University's Junior Year in Munich dates back to a tradition first developed in the early 1920s when – as an effort to promote international peace and understanding in the aftermath of World War I – a new form of international education was conceived for American undergraduates: the Junior Year Abroad. Based on the model of the University of Delaware's Foreign Study Plan, which made possible the first Junior Year Program in Paris (1923), a Junior Year Plan was extended to Germany in 1931. Munich was the site of the first Junior Year program in Germany. Following its first experimental year of 1931-32, a JYM program was sponsored by the University of Delaware until its suspension in 1939 at the beginning of World War II.

In 1967, the LMU Munich Academic Senate approved the JYM program as an affiliated academic institute, and in 1974, JYM was conferred the title "Junior Year in Munich an der Universität München" by LMU Munich after the Bavarian State Ministry of Culture approved the program as an official course of study (Teil-Studiengang) at the university.

Thanks to this agreement, U.S. college and university students who have taken four semesters of university-level German or the equivalent are enrolled at the LMU Munich where they take coursework related to their degree studies in the U.S. Additional area studies courses and advanced language instruction are provided by the JYM program. Students are further immersed in German language and culture by living alongside other students in dormitories and by participating in optional internships and research projects.

To date, more than 4300 students from 500 U.S. colleges and universities have participated in the Junior Year in Munich program, living and studying overseas while world events unfolded around them. The students in 1953-54 helped to remove rubble remaining from WWII. Subsequent generations experienced the Cold war and the building and the fall of the Berlin Wall.

In the midst of the COVID-19 pandemic, the 2019-20 full-year cohort was evacuated from Germany in March of 2020 and had to complete their JYM coursework online. Due to travel restrictions, JYM could offer only online courses in the winter semester of 2020. In spring/summer 2021, two students enrolled in JYM and took a mix of online courses at the LMU and JYM courses that met on the ground for three joyful weeks in July 2021. 2021-22 saw the return of a full on-the-ground program in Munich.

As Dr. Mark Ferguson wrote in 2007, while JYM students and the world have changed greatly since 1953, "the need for the Junior Year in Munich remains the same as originally envisioned. ... The world can still benefit from increased mutual understanding, tolerance, compassion and peace." 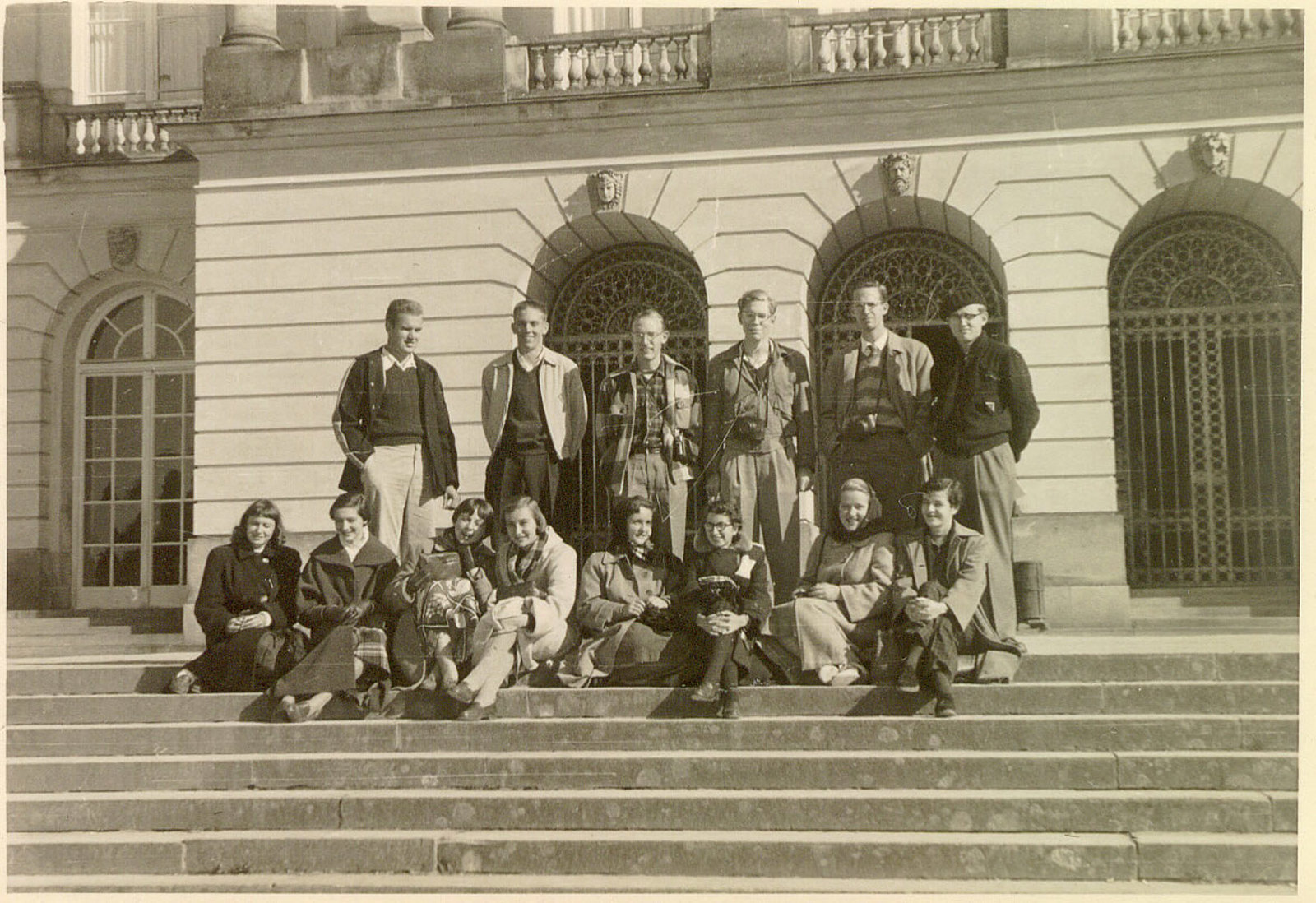 In June 2003, JYM marked its reopening in 1953 with a 50th Anniversary Celebration and Alumni Reunion in Munich! 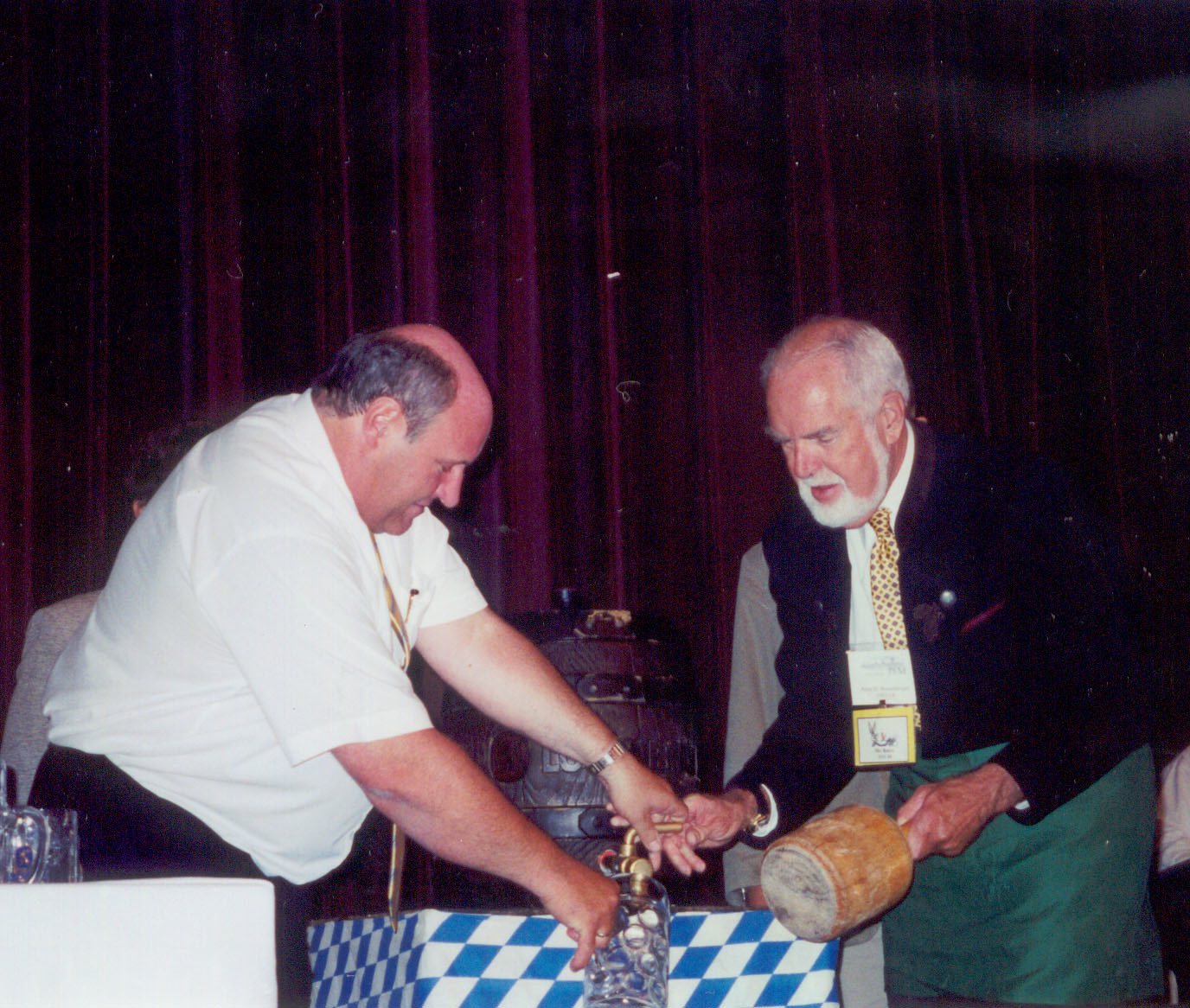