As a full-year JYM student, you'll live alongside other university students in the popular Studentenstadt (StuSta) Freimann, located next to the English Garden, or in one of the highrises or bungalows of the student quarters known as Olympisches Dorf (Olydorf), which is very centrally located at the Olympia Zentrum. 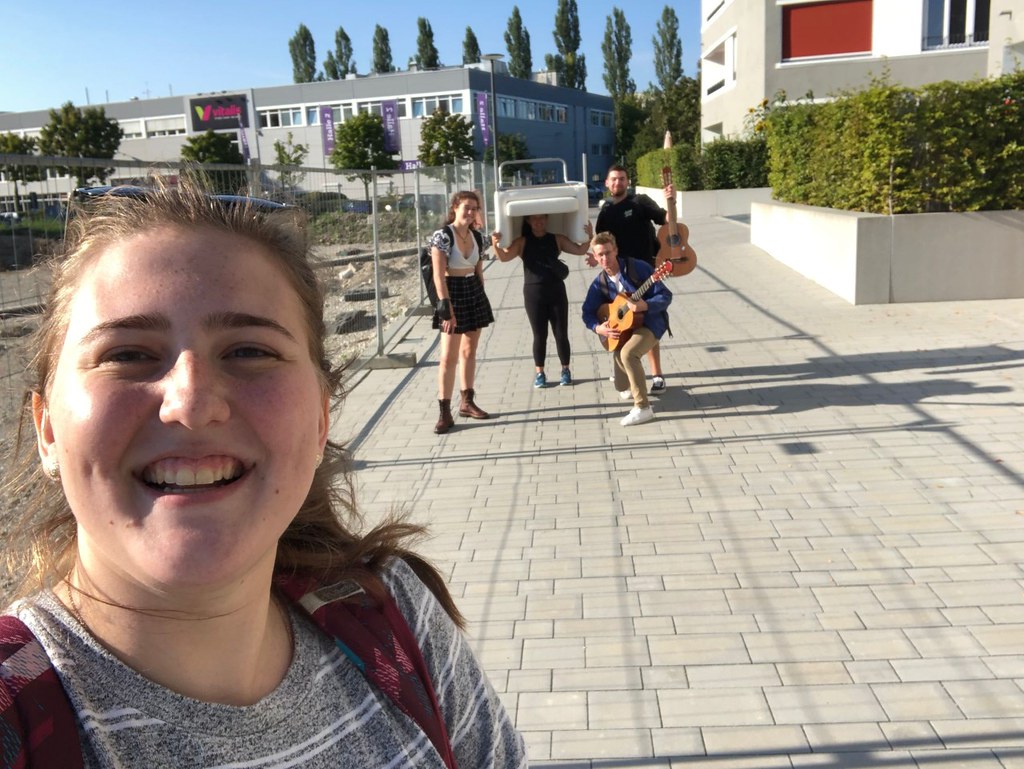 Students have been living in the highrise towers or bungalows of the former women's Olympic village since 1972. The bungalows were renovated more recently between 2007 and 2009. There is a student center in Olydorf and many resources for students to connect with student clubs and organizations. There's also a bar, disco, cafe, reading room and film club as part of the housing complex.

Imagine having a 900-acre city park (larger than Central Park) right outside your apartment in StuSta! That won't happen often in your lifetime, but that's what you'll get during your junior year in Munich. Whether you're chillin' or grillin' or just going for stroll, your backyard (aka the English Garden – with its Chinesischer Turm and Seehaus), will quickly become one of your Lieblingsorte in Munich.

JYM students are like students anywhere when it comes to food. After a while, they'll find out where the best deals are for meals, on-the-go snacks and groceries. Rooms in the StuStadt have a small kitchen space; shopping tips will be given during orientation. The Studentenwerk München manages 33 cafeterias and student bistros throughout the city, where you can get an entree for only a few Euros! What's for lunch today?